More on People Make Sense. A note on money and motivation.

The most irrational claim about people is that they are generally irrational. This includes their ways with money.

Many of the current claims of general irrationality found in the literature of the behavioral sciences and economics stem from an inadequate and limited concept of motivation. Limiting what we call rational to "self interest" or "financial gain" ignores the multiplicity of reasons people have for sensibly doing what people do. This is no different from saying everything is fundamentally done to maximize pleasure, avoid pain, or deny death. Any adequate model of human behavior needs to respect that people can intrinsically act for hedonic, prudent, ethical and aesthetic reasons (and perhaps others as well).

Most of what we do makes sense even if it doesn't fit some theorist's Procrustean bed.

I know that some people are difficult but that is beside the point. I also am not endorsing the false distinction between rational behavior and emotional behavior.

My late Aunt Anita was notoriously tight with money and highly 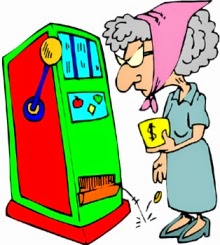 critical about the way others managed their finances. I suffered more than a few lectures from her. Nonetheless, she would lose tens of thousands each year playing the slots at one of the reservations near her home in Minneapolis. Anita knew the odds and did not kid herself that she would win back her losses. Knowing her well, I am sure her gambling was neither compulsive nor an "addiction".

Clearly Anita wasn't in it for the money. Nor, do I suspect, are most of the people who play the lottery.

In a recent paper in The Journal of Behavioral Finance, "The Irrationality Illusion: A New Paradigm for Economics and Behavioral Finance", my friends and fellow Descriptive Psychologists Joe Jeffrey and Tony Putman provide the following framework of seven economic principles. The principles make explicit what we implicitly know about each other. They are profoundly pragmatic. These principles make sense even if forgotten or ignored in some "scientific" accounts of behavior.

1. Choice is choice of behavior.
2. By “behavior,” we mean intentional action.
3. The paradigm case of human behavior is deliberate action.
4. Behavior choices are made in light of the individual’s reasons to engage in one behavior or another.
5. People choose what matters to them.
6. Every behavior is an instance of engaging in a social practice of a community.
7. For any person, a particular state of affairs may be real, actually possible, or merely possible.

So why did Anita continue with her losing ways?

In her final months, dying of lung cancer, vocally concerned about her legacy, she still continued a weekly hour drive to the casino.

She told me why and I believe her.

"I can sit in the smoke and pull the handle and watch the lights flash. I have my little cocktail. It's exciting if I win, the people around me cheer." She was feeling happy and having fun.

She was gambling away my inheritance but she was having fun. Finally, for her, having fun was reason enough. There is nothing irrational about that. If you knew her, you would know it was in character.  It made sense.

Descriptive Psychology resources and discussion can be found on The Boston Study Group's Facebook page.