When Religion Masks Pathology: The Vengeful Gods Within. We are Carlie Hebdo! 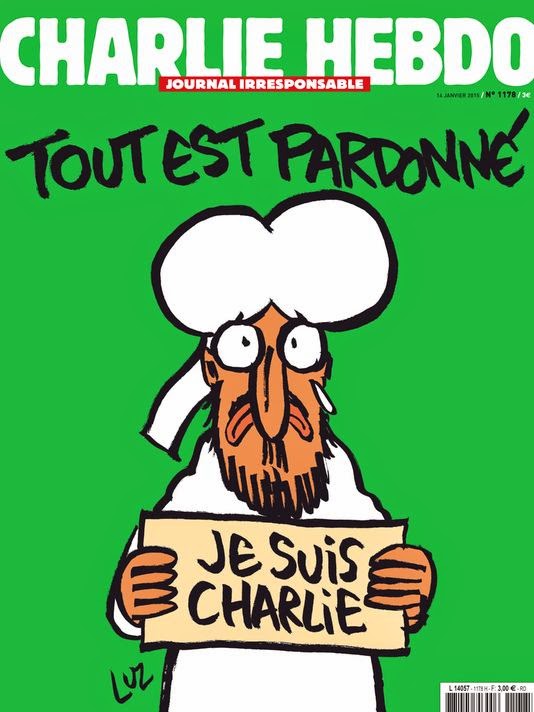 How can a cartoon evoke murdous rage? How can satire justify  a  religious community's claim of victimhood? Who is so vulnerable to insult that murderous rage results? The logic to this madness involves religion as a problematic solution to personal and social pathology. Selective religious doctrine creates a map assembled for particular purposes. But who will follow the selections?

It is easy to appreciate the victim who has directly suffered trauma, been cheated, degraded, lost territory, or power. But injury can be less direct. We can also feel victimized when the insult and damage happens to the people who are, in a manner of speaking, significantly part of us. If you hurt my children or my wife, I suffer, since my identity, my basic sense of self, is inexorably and intrinsically tied to them. I probably won't feel the full anguish of their pain, but I feel my version of the pain of those I deeply love. In a vital way, I am not separate from them. And if you hurt my children, if you hurt my wife, I will want to hurt you. I am fine with this. I think it's normal.

My family is not the same as the abstract idea of my family nor are they equated in my heart with their name, image, or likeness. My family is different, more significant, than any abstract belief in the sanctity of family. The map is not the terrain. But not everyone makes this separation nor is everyone so tolerant especially when it comes to images that depict the sacred.  Some religions forbid forms of representation and treat such representations as taboo and respond accordingly.  Still, there are many ways to address transgression both within and outside of one's community. What is a significant violation in one community may matter differently in another.

For Muslims, images of Muhammad with comic or satirical intent not only transgresses but causes insult. For non Muslims, it may be different.  If you ridicule my tribe, my politics, or religion (if I had one), I‘ll be irritated and defensive and probably push back. Go ahead, insult what I hold sacred. Make all the jokes you want. I won't like it, but I will tolerate it. In contrast, some people’s religious identification is so personal, so intertwined with their identity, their sense of self, that to insult their deities or prophets cuts to the core. They directly feel the blow.  Reacting in desperation, they can't tolerate comedy or ridicule directed toward their faith. It is an intense narcissistic injury. They will never simply suffer the joke but demand that the comedian suffer, too.  Some will try to cause that suffering. Religion that requires or facilitates such revenge is a very ancient and a very bad idea. An eye for an eye, a tooth for a tooth.

Vicious revenge is especially unsurprising when insult stirs up damage already there, damage and vulnerability that colludes with religious justification. This is not principled revenge, if there is such a thing, but narcissistic rage.

Religion vulnerable to the outrages of free expression is dangerous when it facilitates reactive intolerance to the cosmopolitan sense of satire's fair game.  Joking about the sacred is inevitable in urbane society; even in bad taste it comes with civilization's progress. Liberal society makes room for various systems of belief and offers an alternative to fundamentalist and totalitarian ideologies while living in uneasy detente with them. This works when people are generally happy with their lot. But not everyone is so fortunate.  Fundamentalist and totalitarian ideologies offer redress to victimhood, real and imagined.  And the conditions that invite malignant ideology show no sign of abating. The grievances at root-cause fester; just solutions are long in coming. Uncompromising ideologies promise compensation if embraced.  People make do with what they find and religion is very easy to find. It's already there offering community and meaning.  But faith, the opium for some, can soothe and placate or crystalize into an amphetamine of hate.

Deprivation, abandonment, poverty, abuse, and the degraded, marginalized identities wrought by racism and colonization spawn individuals and cultures where personal identification with a deity offers the possibility of feeling whole. Gods sometimes get internalized to fill an awful gap. These conditions can hide in places where all looks well. A middle class family that appears fine can conceal pathology that an Allah or a Christ promises to remedy. Desperation answered by religious zealotry can produce a condition that satisfies until it is doesn't. Such solutions to pathology do not stand up well when subject to questioning or laughter. If I need God to hold myself together, if it's all I have to hold on to, I'll defend my faith in urgent self-defense.

The values of religion are legion, but when the internalized gods that mask pathology are insulted, they seek revenge. 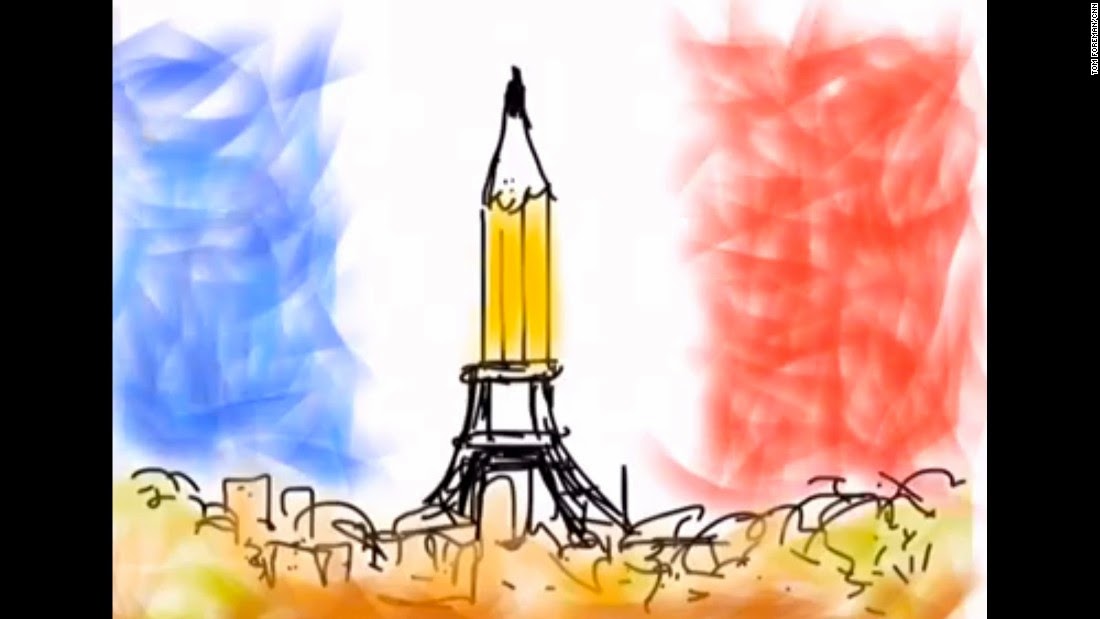 And another from the Times: Isis and the Lonely Young American.

Blame it on depression? : "Chattanooga Shooter Was Depressed."

You may substitute any ideology or religion. Laïcité is fundamental for the French. From Salon: A faith that affects everyone should be susceptible to critique by all.

Oh, what the hell, all together now, say "Yahweh!"

15 July 2016
Another fucked up character:
A Surly Misfit with no Terror Links Turns a Truck into a Tank.