The Uneven Structure of Social Progress (why marriage equality was inevitable)


“A Person will not choose less behavior potential over more.”  Peter G. Ossorio

“The mind, once expanded to the dimensions of larger ideas, never returns to its original size.” Oliver Wendell Holmes.

“How ya gonna keep ‘em down on the farm, after they’ve seen Paree?” Young and Lewis

Adapted from Freedom (An Outline)

1.  A community responds to its member’s recovered, expanded and/or re-distributed eligibility through implementation, refusal and/or coercive reaction.

2.  Eligibilities gained will persist unless there is sufficient coercion or degradation to restrict or undo the gains. Eligibility gains may be lost due to an inability to practice the gains.

3.  Eligibility gains can be restricted in actual social practice without being forgotten or devalued by the disenfranchised.

4.  When opportunity can be taken it will be unless there is a stronger reason not to.

5.  Lost eligibility remembered or rediscovered may be sought and may be retaken.

6.  Social progress involves a change in a community member's eligibility reflected by changed practices, statuses, and choice principles  (and in extreme cases, a significant change in the community’s world). Changes in eligibility can lead to changes in powers and dispositions: "Hey! I like this thing I've never been allowed to do!"

Changes in eligibility may create new dilemmas of choice that in turn may provoke a new or enhanced awareness of ethical and aesthetic opportunities and dilemmas.

7.  The recognition of a new set of possibilities in a community leads to some members participating in and furthering the changes, leads some members to act against the changes and attempt to maintain or restore the old order, while having no impact on how some members lead their lives.

The recognition or experience of new opportunity elicits pressure toward social progress and reaction as a general tendency since people may now insist on the expanded or enhanced eligibility to continue with the new opportunity. 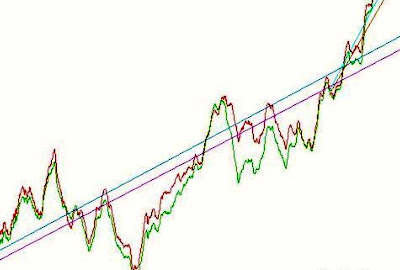 An empirical claim and a hypothesis:

A structure that resembles a noisy upward trending wave describes the social progression of the disenfranchised with the Y axis representing a community’s toleration or acceptance of increased or redistributed eligibility and the X axis representing historical time.  An upward, flat or downward midline is possible but the overall trend is an upward slope given that gains in eligibility persist. The relation between progression and reaction is irregular. At no point on the wave is there any assurance of the direction the curve will take next. This is the uneven ascending curve of emancipation. People hold on to their gains as best they can despite expected adversity.

("Sometimes you eat the bear and sometimes the bear eats you." Preacher Roe)

And how Marriage Equality and the reactionary response looks in March 2015 from the NYTimes: Gay Marriage State by State (A charting over time).  And how what's good for the goose might offend the gander. "Freedom of religious expression" as a reactionary response: Indiana, using religion as a cover for bigotry.

And today, June 26, 2015, The Supreme Court of The United States declared in a 5 to 4 decision that same sex marriage is a right.

And, of course the reactionary response: illegal defiance on same sex marriage.  And a counter argument, Bannon’s Worldview: Dissecting the Message of ‘The Fourth Turning’