Sex and a Person's True Colors 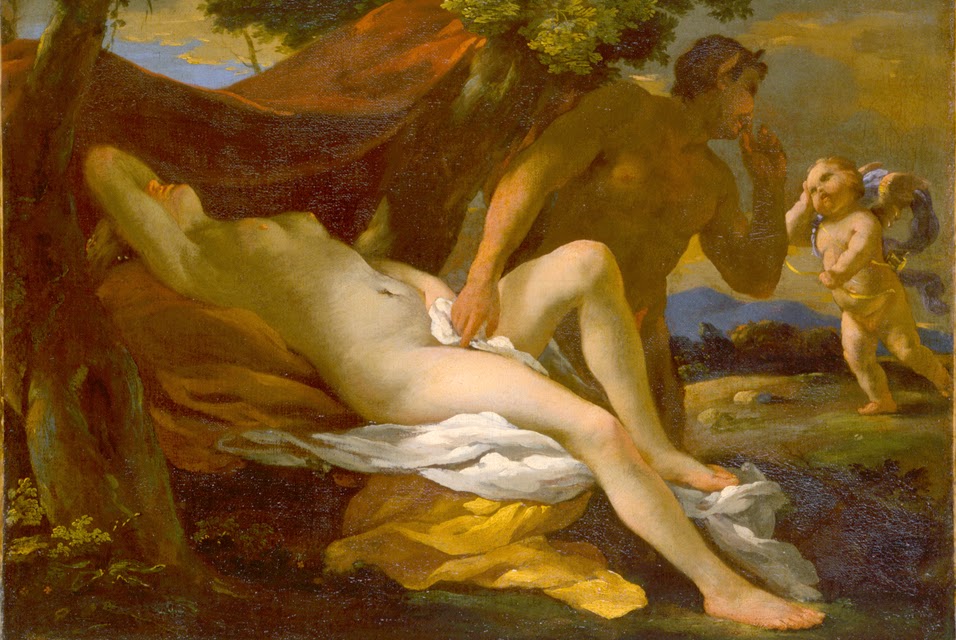 We have all been witness to the degrading spectacle of a celebrity or politician apologizing for a sexual transgression, promising it will never happen again, and then it does. We laugh and ridicule but may privately think, "There but for the grace of God, go I". Or we witness the denial of a sexual violation that appears to have been repeated with apparent impunity.

Problematic sexual behavior is particularly difficult for some to renounce or control, but this can be said for many of our “appetites”. When these appetites become troubles and narrow a person’s world sufficiently we call it an addiction. How can we renounce or ignore what is part of our nature?

We wouldn’t have much country music without our proclivity to repeat mistakes, to return to the same bad relationship or repeatedly find love in all the wrong places.  Opera would have lost half its repertoire. The Greeks would be known only for their comedies.

Why do we sometimes act in such a self-defeating manner? Psychoanalysis has theoretical explanations, a “return of the repressed”, a “return to the bad object” and the “repetition compulsion”.  Freud took libidinal desire as a need to be expressed, tamed, displaced or sublimated. But come hell or high water, sexual desire is a fundamental feature of life. It will have its say.

Once a pattern of arousal has been established, it is almost impossible to extinguish. Like it or not, what turns us on, turns us on.

Freud, and nearly everyone else, points out that visceral pleasure is a fundamental organizer of behavior. If it feels good, a person has a reason to do it.  But sometimes we have reason not to express it, since prudent, aesthetic and ethical reasons also count. How we weigh these motives is a significant personal characteristic. No matter how intense the want or desire, we may have stronger reasons to do something else. This is central to civil life (and some of its discontents).

Unless behavior is coerced, misconceived, or accidental, it is intentional and expresses something a person wants to do. “I can’t help myself” is equivalent to, "I do not have sufficient reasons to override what I am doing".

A maxim and a reminder: If a person recognizes an opportunity to do something he wants, he has reason to do it unless he has a stronger reason not to.

Here is a Descriptive Psychological formula that reflects the relationship between opportunity, motive and behavior.

Sexual desire is both a want and a need.  Its needful aspect may be forceful, driven. Sexual arousal is insistent, preoccupying.  It carries a motivational weight akin to hunger. Some people are hungrier than others. Some people find their hungers overwhelming. Obviously. This is why a promise to contain or stop is hard to keep.

Renunciation or better self-control is even more difficult if other non hedonic core perspectives are underdeveloped, undervalued or less available. If ethics and aesthetics don’t count for much, if prudential self-protection is overridden by unrealistic self-regard and entitlement, they may not provide sufficient counterweight.

A person’s life has patterns defined by what they actually find compelling and significant that may not be what they claim as their "true colors".  These patterns establish some of the dramatic through-lines that characterize an individual.  Some significant motives, conscious or unconscious, acknowledged or not, are implemented in spite a person claiming they are out of character. Although the community might hope that people know what they are up to, some unfortunate souls only recognize themselves after the damage has been done.  Even then, they might not recognize themselves. Or they do know, but their ideology, religion, or politics make them reluctant to honestly self-examine and confront what they need to know about themselves. The under-examined is difficult to socialize and control.

In a curious essay, Freud asked whether people should take responsibility for their dreams. In spite of seeing dreams as mostly non deliberate mental activity, he answered yes.  It would be negligent not to, he thought. If the dreamer doesn’t hold himself responsible for his dreams, his neighbors will. By this Freud meant that to the extent dreams reveal a person’s significant dilemmas and concerns, they also show something about a person's character and potential actions. The dream is a second opinion of sorts, unclearly pointing to what the dreamer is consciously and unconsciously considering. The moral point of Freud's psychoanalytic treatment was to examine people’s under examined qualities, qualities otherwise unavailable for deliberation. If you don’t know what you are doing, it is very difficult to do something else instead.

The unexamined or denied is hard to self-manage. Being hidden from view is not the same as being gone. It's more like lurking.

Consciously or unconsciously, some may select a religious or social role in the hope that self-control will follow. It often doesn't.

People may join the priesthood or align with a political ideology hoping that their problematic desires will be kept in check. But that outcome is only likely if there is sufficient self-understanding, a lack of opportunity to act out, and the balance of stronger intrinsic values.

Promises are kept or not. If there is an underdeveloped or insufficient prudent, aesthetic or ethical perspective, a pattern of wanton disregard, arrogance and sexuality may have no adequate counter-balance, promises aside.


An object lesson: The Wreckage of Anthony Weiner 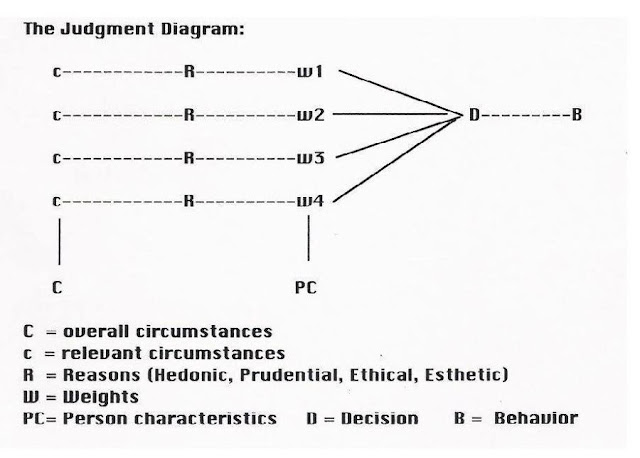 The Judgment Diagram is the format for understanding how a person weighs his or her circumstances, forms an appraisal (with or without deliberation), and acts accordingly. A person's "true colors" are revealed by the weights they give their various reasons to act one way or another. This diagram serves as the basis for the Psychodynamic Judgment Diagram where unconscious and under-examined motives are included in the judgment.