A Note on American Reactionary Politics 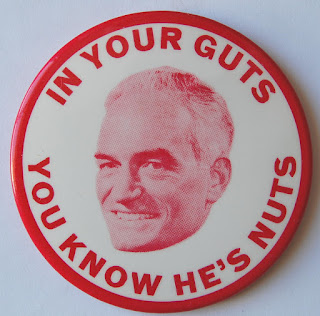 The uncanny of real experiences....invariably accords with our attempted solution and can be traced back every time to something that was once familiar and then repressed. Sigmund Freud


The specter of Barry Goldwater haunts the GOP. Goldwater’s states rights stance against the Civil Rights Act forged an alliance of anti-regulation money and the undereducated ultra-nationalist, fundamentalist, and racist white male. Solidified by Nixon’s Southern Strategy, bloated by gerrymandered redistricting, the GOP transformed LBJ’s Southern Democrats into Republicans. Heedless of failed promises to working class voters, the elites, both Democrat and Republican, did well. Meanwhile Democrats, hardly less beholden to big money, championed the interests of a diverse group of the disenfranchised at the expense of the white lower middle class. The markets rose and the privileged maintained and expanded capital with thanks to Reagan, Clinton, and their allies. The GOP, with only lip service opposition from the Democrats, maintained a grip on the economic agenda, thinking they could keep their Tea Party polite. These folk, feeling no advantage beyond nativism and whiteness, became more and more aggrieved. And then we elected and re-elected a Black president with a Muslim name and the pawns of the GOP lost it and rebelled. 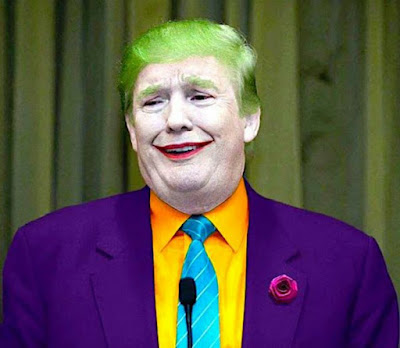 Here's my un-nuanced sense of the abused and aggrieved core of the GOP, a group of maybe 20-25% of the overall electorate. Not enough to win the presidency without additional support, but more than enough to make national life ugly. What turns white conservatives reactionary? Their perception that too many non whites are getting a piece of their pie. This is the heart of Trump's base. What makes religious conservatives reactionary? An uncanny and confused confrontation with the sanctioned transgression of enfranchised gays, uppity women, and gender benders feeling it's time to come out of the shadows. Cruz country. Trump and Cruz's core supporters overlap and share a hyper-defensive us violated by them. They finally chose Trump, the bigger bully, who encouraged impotent whites to share his narcissistic desire to tower. They're going to get screwed again, but more organized and rankled with neo-fascist frustration, entitlement, and aggression. We're in for a very dark rough ride.

Let's make America great again or, the return of the repressed.

Sex, gender, race, and family relations have always been subject to religion and state attempts to limit what people are permitted to feel and do. Sanctioned transgression concerns enhanced social or legal protection for behaviors and relationships a dominant group has previously kept forbidden. When legal protection is sought or offered for these "transgressions", taboos are less hidden, even celebrated. This doesn't sit well with the deeply defensive. It is especially problematic when it evokes a person's suppressed urges now openly exhibited in others. Freud called this the return of the repressed. It should come as no surprise that anxious dread surfaces in people unprepared to manage these feelings; nor is it a surprise these feelings are treated as provocation to assault the source of threat. So why Trump over Cruz? I suspect it's because Trump encourages attack, a position of strength that feels better than Cruz's creepy discomfort.

Here's a somewhat more nuanced view and some problems with nonjudgmental neutrality in psychotherapy: Politics and Religion: Psychotherapy's third rail.

A posting on the behavioral logic of social progress and reaction: Why Marriage Equality (was) Inevitable.  And Empathy, Inclusion, and Moral Dialog or What Gets in the Way of Negotiating Social Justice?
An empirical analysis of Trump support: "The Trump coalition is motivated by animosity toward Blacks, Hispanics, Muslims and L.G.B.T. This animosity has no bearing on support for any of the other G.O.P. elites or the party itself. Warmth toward whites and Christians equally predict support for Trump, other G.O.P. elites, and the party itself. The only area where Trump support is different than other G.O.P. support is in regards to harnessing this out-group animus." (Julie Wronski)
Activating Animus: The Uniquely Social Roots of Trump Support Published online by Cambridge University Press: 30 June 2021