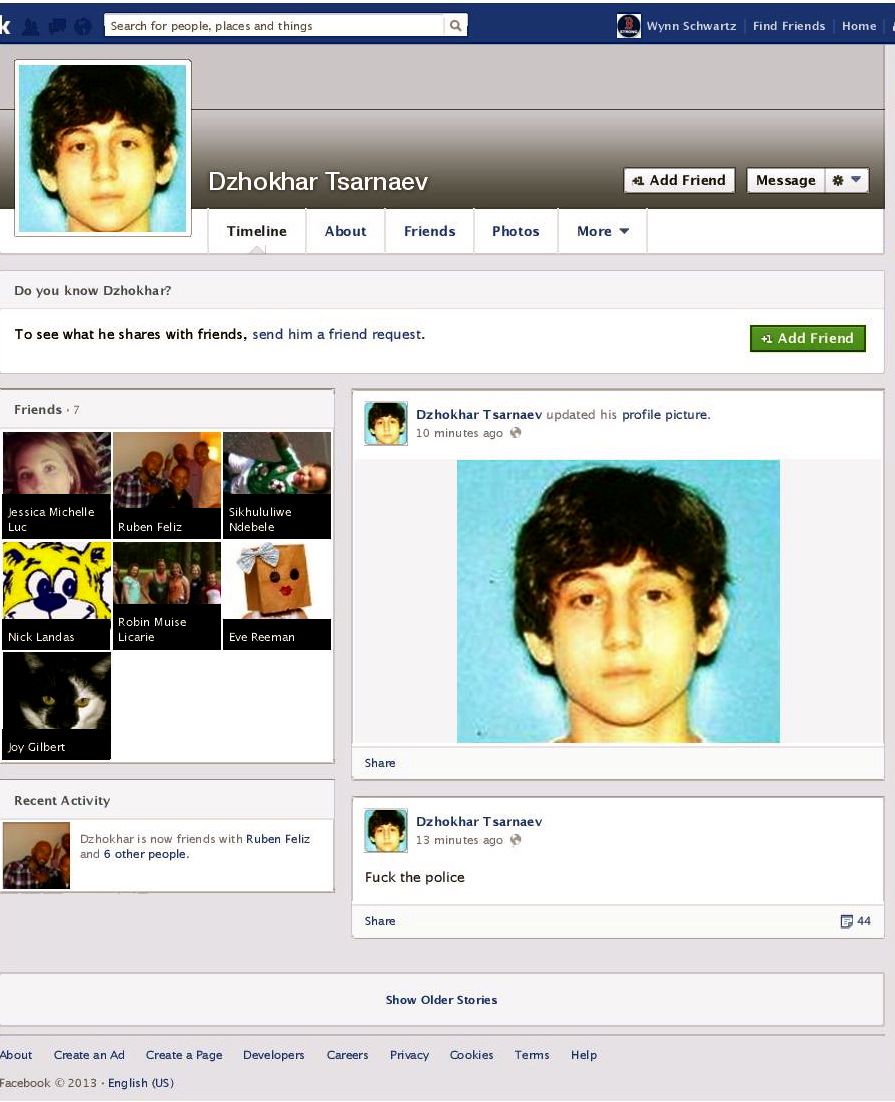 One of a psychologist's jobs is to be an expert at identifying uncertainty, on knowing that things are, at times, precisely unclear. Today, I turned down a CNN interview request. They asked me to comment, in a four minute session, on the "dynamics of the relationship" of the Tsarnaev brothers. I spoke with the producer about the ethics of a psychologist talking about the nuances of a relationship only known through the media. It is hard enough to know what's going on with the brothers I do know.

Beyond the horror, an important and reasonable question seems to haunt the public and the media. We all know that people do not willingly choose a bad position to replace a better one. People make choices that in some manner reflect what they believe will enhance their position even if it is hard for an outside observer to see how this is the case.

So what happened with these brothers?  It appears that the younger brother was in good standing in at least some of his significant communities. The older brother seems to be more marginal, at least as the media portrays him. So why did the younger brother follow? Why is it that if I jump off a bridge, I am certain that my younger brother will not follow me? Part of an answer must be that the younger Tsarnaev had something to gain, and that unless he was utterly coerced, he believed that in some way, in his world, he would significantly enhance his standing. This is independent from how it might appear to the casual observer.   But right now, we are all casual observers.